Ubisoft’s revamped Wii U title that just hit the Xbox One, PS4, and PC digitally, is on the way to a full-on retail release. 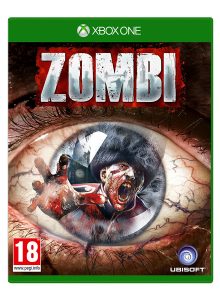 Arriving on retail shelves this January the 21st, Zombi eschews the second-screen of the Wii U for a more streamlined zombie-apocalypse. If you don’t remember ZombiU from the Wii U’s launch period, the game was one of the standout titles and featured a zombified London (which is actually pretty original) where getting killed meant permanent death for your character.

Though you could still go out and find the knapsack and items that your previous self was carrying, you’d have to do so as a completely new (and randomized if I remember correctly) human. The game also had a tense, “oppressive” atmosphere and was downright unnerving in places. Simply put, it was a good one. As I mentioned, the newer releases for additional consoles and the PC had most of that, but without the Wii U GamePad’s functionality and with a bump up in looks.

Now with the retail release, you’ll be able to get the goods in boxed format to show off on your shelf. And as a fan of that format myself, it means I’l be playing through Zombi one more time.

Jason's been knee deep in videogames since he was but a lad. Cutting his teeth on the pixely glory that was the Atari 2600, he's been hack'n'slashing and shoot'em'uping ever since. Mainly an FPS and action guy, Jason enjoys the occasional well crafted title from every genre.
@jason_tas
Previous Gods of Egypt posters and trailer arrive
Next Return to the world of male modeling – here’s Zoolander 2’s first trailer