Apparently, Darkside Game Studios imploded due to the constant shift in what Microsoft was expecting from Phantom Dust. Most of which was due directly to not having enough money to finish the game. 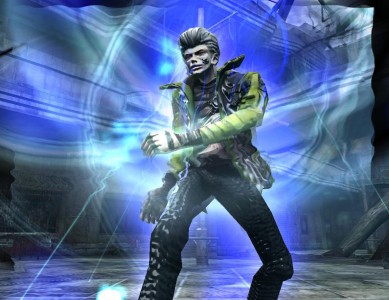 It’s a little complicated really, probably more than it needs to be, but it seems that cashflow was at the heart of the Darkside collapse. That’s not all that unusual of a story really, as there are few other reasons for any business to fall apart, but this one goes a little deeper and is a little more interesting than just ‘we ran out of cash’.

Basically, right from the jump Microsoft started changing what they wanted and altering the plan when it comes to Phantom Dust. The game was announced at E3 to a surprising amount of interest from a public that apparently had fond memories of the Xbox original that the new title would be following up on.

It was not to be though, when the studio behind that game was announced to be closing and Phantom Dust’s development being put somewhat on ice. Website Kotaku wrote up the sad state of affairs, saying that the multiplayer title was dubbed not enough by Microsoft, who also wanted to have a single-player campaign. Here’s the catch though, they didn’t change the budget or the release window. Yep.

So to make a long story short, this ‘interference’ happened on a regular basis and caused Darkside’s first solo game project (they had contributed to development on a few other games) to be their last. With the studio now dead and buried, you might think that the game is too, but that’s not the case according to Microsoft who insists that the reboot is still on the way in some form.

As to when that might be, or what might changes might be enacted, that’s anyone’s guess. But sit tight Phantom Dusters, because this ride isn’t over quite yet. Maybe.

Jason's been knee deep in videogames since he was but a lad. Cutting his teeth on the pixely glory that was the Atari 2600, he's been hack'n'slashing and shoot'em'uping ever since. Mainly an FPS and action guy, Jason enjoys the occasional well crafted title from every genre.
@jason_tas
Previous House of Wolves Destiny expansion available now
Next Toukiden: Kiwami (PS4) Review