Home / 3DS / Nintendo delivers Lolo, Chariot, and more to the eShop this week

Nintendo delivers Lolo, Chariot, and more to the eShop this week

The Nintendo Download is still looking a bit sparse since the Holiday rush, but there are a few decent choices this week, if you’re so inclined. 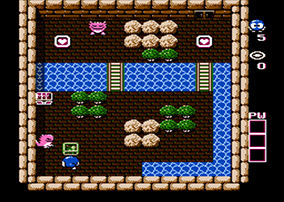 For starters, The Adventures of Lolo is a pretty terrific little puzzle game from the NES. I wasn’t into puzzlers at all when I was a kid and I poured a ton and a half of hours into the game, even playing through the night once. So that one’s worth your time on the 3DS- or at least, a glance at the product page.

Chariot is also new this week and brings the indie title to the Wii U. Actually kind of a morbid title, your goal in the game is to get the Princess and her betrothed to the final resting place of the King… who’s body you’re carrying with you. Not that the game looks dreary at all, it’s actually nice and bright with cutesy graphics, but that’s kind of dark.

Other than those two, there’s a Mega Man Battle Network title, some decent sales, and the arrival of a bunch of other, smaller releases for both the Wii U and the 3DS. Scroll down to have a look. 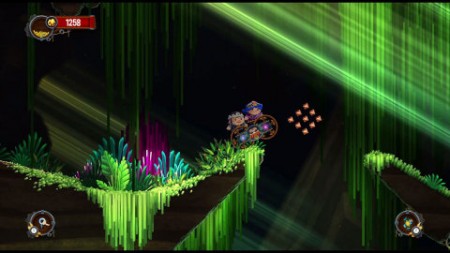 Jason's been knee deep in videogames since he was but a lad. Cutting his teeth on the pixely glory that was the Atari 2600, he's been hack'n'slashing and shoot'em'uping ever since. Mainly an FPS and action guy, Jason enjoys the occasional well crafted title from every genre.
@jason_tas
Previous PSTV prices slashed in the US
Next Valiant broadens digital base, signs on with ComicsFix