Home / Apple / Want to see Battlefield 4 running on an iPad?

Want to see Battlefield 4 running on an iPad?

Through the miracle of the Frostbite engine, the team at DICE has accomplished a pretty mean feat- Battlefield 4  on the iPad. 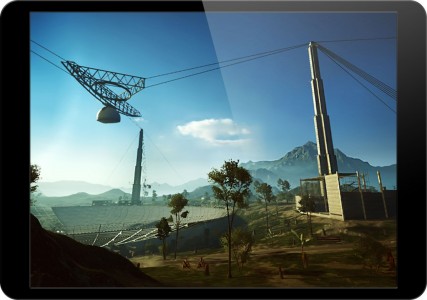 Now, don’t get too excited and don’t go checking the App Store just yet (you did already, didn’t you?) because this is just a tech demo right now. Developer DICE went ahead and put the game through its paces on Apple’s mobile OS to basically just se if they could do it.

For the most part, they’ve pulled it off. The full game hasn’t been ported, just sections, but it looks just like the console version and does tell a little bit about the power and flexibility that the team’s Frostbite engine possesses.

Will you ever see B4 running on the iPad for real? Well, never say never I guess, but this is just a neat little diversion and a thought of what might someday be for now. Click here for more.

Jason's been knee deep in videogames since he was but a lad. Cutting his teeth on the pixely glory that was the Atari 2600, he's been hack'n'slashing and shoot'em'uping ever since. Mainly an FPS and action guy, Jason enjoys the occasional well crafted title from every genre.
@jason_tas
Previous The Doodler hops into Gotham City in Doodle Jump DC Superheroes
Next The friends and foes of Spidey get cataloged in the new Ultimate Spider-Man character guide