Like a roller coaster, Metro 2033 Redux had its share of ups and downs, but was this ride ultimately a memorable one? 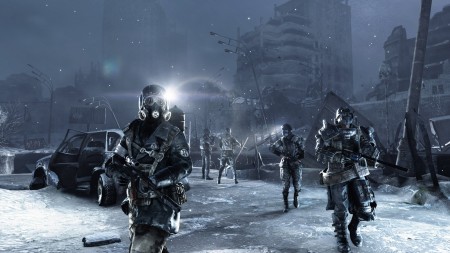 I’ll be perfectly honest here, I’ve never played a Metro game before, let alone read the books. I went into Redux, the brand new remake of the original title in the series and half of the Metro Redux package that also includes Last Light, fresh and I was left with mixed feelings. On the one hand, this game was very atmospheric and displayed some of the most beautiful locales I’ve ever seen in a video game; also, the combat was quite solid, making fights rather satisfying. On the other, there were some issues that took away from the experience, such as the game running slowly, glitches, and some save points that were poorly implemented. My experience varied from frustration and boredom to joy.

The game is based on the novel Metro 2033, and follows the book’s storyline with some liberties taken. You take the role as 20 year old Artyom, a young man in a desperate struggle to survive post-apocalyptic Russia. Artyom has spent his entire life in the tunnels of the old metro, Russia’s subway system and last haven for humanity, until one fateful day where he’s forced out of the safety of his home.

He journeys to the surface of dilapidated Russia, traveling to Polis while fending off mutated creatures known as “the dark ones”. The plot isn’t all that engrossing and characters depart shortly after they arrive, and they don’t make a lasting impression on you. The only time I felt really attached to anyone was when I came across a man named Miller and his team. Those were rather appealing characters and a joy to fight alongside. The rest that you meet are, for the most part, forgettable.

Fighting enemies in Metro 2033 though is quite satisfying, as your attacks feel like they carry weight. For example, when you fire a your shotgun at the mutated creatures, the sound effects are crisp and the damage is prominent. A plume of blood paints your gas mask or face, so much so that you need to wipe it off frequently in battle (which is a game mechanic). Even reloading is enjoyable, as the look and sound of loading the shells really immerses you; every detail is made apparent.

There’s no shortage of ammunition while playing in spartan mode either, one of the new modes for the game that now lets you pick between a more action or more survival-oriented experience. So if you’re the type of person that isn’t all that into resource management, then that mode is perfect for you. If I have one complaint though with combat, it’s the homogenization of foes; there isn’t a large variety of the dark ones. There’s only a handful of types that you encounter, and the repetition can get be kind of daunting.

Aesthetically, the game is a visual treat. Even on its lowest settings the appearance of the world that surrounds you is impressive. You can’t help but appreciate the good use of shading, bitmapping, and lighting. It’s just too bad you can’t experience this game in all of its glory most of the time. Even if you cut out the anti-aliasing, anisotropic filtering, and advanced physx, the game can still stutter at around 15 to 20 FPS on very high settings. It just doesn’t seem like Metro can run well no matter how much you sacrifice. Meeting the max requirements that this game demands does not remedy the problem. If you’re keen on the game running smoothly, you’re going to have to cut out a fair amount of detail, less you want Metro to look like a slideshow. 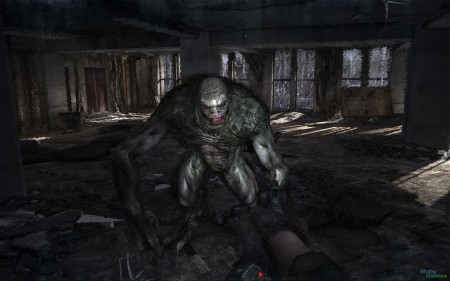 There were a couple of problems I encountered while playing too. One of them was a character I needed to talk to staring at me blankly for an eternity. I had to restart from the last checkpoint because there was no way to proceed. There was also one where I couldn’t pull out any weapons or do anything, I just kept running for my life until the dark ones killed me. Certain save points were inconvenient too, most notably the ones that occur on the surface. Occasionally you would reach a checkpoint after you’ve run out of air, with filters very far away from the destination you’re currently occupying. You basically die over and over again until you’re lucky enough to find one right before you black out. Other annoyances like command prompts not being responsive occurred as well.

There’s not much to say about the soundtrack. For the most part it’s rather quiet, with the occasional tune playing during a battle. The way it is, it doesn’t really make much of a difference if there’s any music or not, save for the epic finale. The mechanics took a little while to get used to as well, though that may be due to the fact that I don’t play FPSs very often. Metro 2033 Redux bears the resemblance of most first-person shooters, so if you’re a veteran it might come naturally to you. As said earlier the title is atmospheric, with a heavy emphasis on urban exploration. You’re taken through the ruins of Moscow, abandoned underground railroads, an old crumbling library, and other fascinating locales. The locations really are a sight to behold, even on the lowest settings. And often times you’ll want to stop and admire it all.

Metro 2033 Redux was quite a mixed bag, it had its fair share of ups and downs.

The locations are beautiful and detailed, the mechanics are sound, and the combat is satisfying. Unfortunately, the game was lacking in a few areas; it didn’t run well, had a few inconvenient check points, and some glitches that prevented progress. Overall the experience was somewhat enjoyable, but the fact that a remake still lacks some polish is disconcerting.

Well, my name's Christopher Deleanides as you all know and I'm the Nintendo Editor here at BG. I've been playing video games since 1992, and I've been a Nintendo fan the entirety of those years. My love for video games as well as Nintendo hasn't changed, and probably never will. The only thing that comes close is politics, as I'm very deeply involved in both local and international issues.
Previous Is The Last of Us Really That Good?
Next Metro Last Light Redux (PC) Review