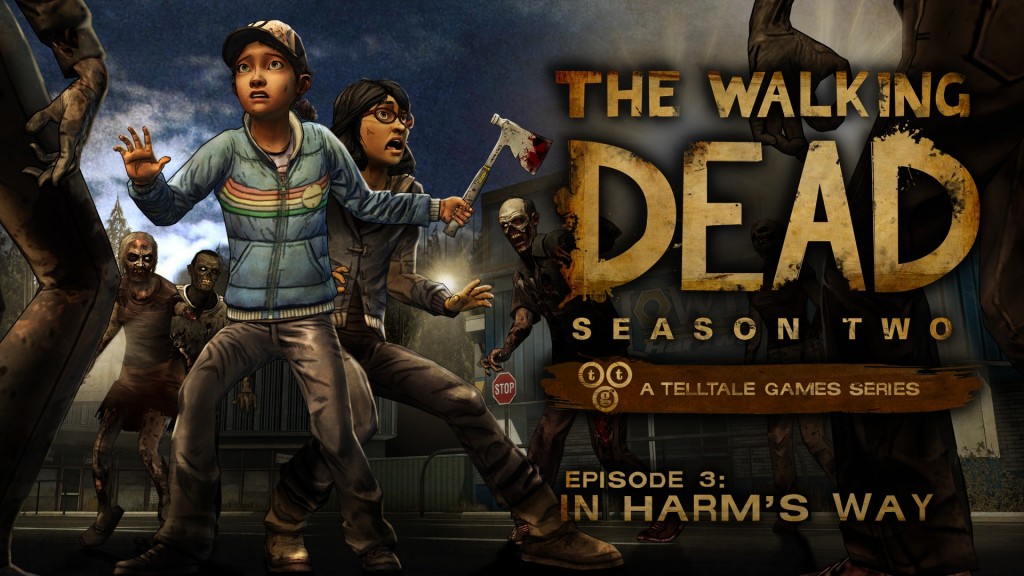 As a loyal watcher of The Walking Dead (TWD) I am jealous of the writing in the game series. It may be because I am rooting for Clementine and her being the main vocal point throughout the episodes, but I just feel a bigger connection with her than with the characters’ of the TV show. Now, this doesn’t mean that I am channelling my inner little girl through her, instead it means that the writers at Telltale Games should have a long talk with AMC because, while the market for games is big, a lot of people deserve to see the story of Clementine. After all, she still isn’t bitten.

What makes the story so excellent is the build-up of tension. You go from being alone and trying to keep it all together, to being a mixed bag of emotions from all the interaction you get from the other characters. Whereas in the first episode, Clementine is being scorned by Christa for her lack of independence, she now continues to grow as a person from the moment she is on her own.

The game has also gotten a lot grimmer –as if the thought of zombies killing you isn’t ghastly enough – the group with the character of Carver raises a lot of questions as to what is the best means of survival. Some noticeable characters make you consider things that you wouldn’t have before as well. Survival in a harsh world may take a toll on the things you cherish the most. 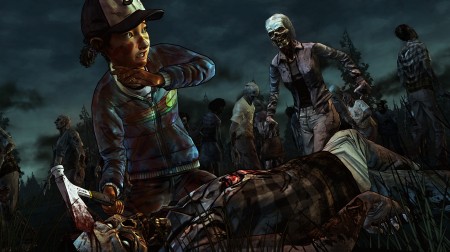 The ending alludes to a change that might happen to Clementine, a girl that is brought up in a dog-eat-dog world, one that is raised with only one modus operandi: survival.

I have no qualms with the story, but there is something that kept throwing me off. Namely, the way Clementine runs and how she clips through objects. There are worse things, of course. But when I press a button to make her walk, I don’t expect her to have a seizure in motion, which can get quite distracting when there is a serious moment in the story.

As for the clipping, again it’s a minor issue, but it can distract you fast. As Clementine quickly crawls away, her shoulder goes through a piece of wood. The thrill of the escape is gone, and a hearty laughter takes its place.

All in all negligible annoyances, but annoyances all the same.

Something that I am quite guilty of in RPGs, (no comma there) is saving before important choices. Not being able to weasel my way out of a dumb decision is something that I find hard to deal with. Sometimes, an action works out a lot differently than I expected it to. I restarted the game three times in the beginning to see if I could change the outcome of a scene. Only to be met with disappointment. Which is quite fitting for the situation everyone finds themselves in. It is a post-apocalyptic world after all. Just being a kind or helpful person doesn’t warrant a grateful action in return. 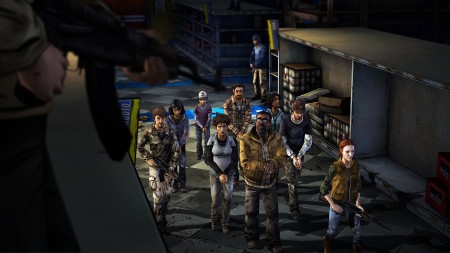 More so, because of the situation you have gotten yourself in, you have to make decisions based on how helpful and caring you want to be of others. You can become the wolf, the shepherd or the sheep. Which might have some effect on the fourth installment, because it hardly had any consequences in the playthrough of this episode. 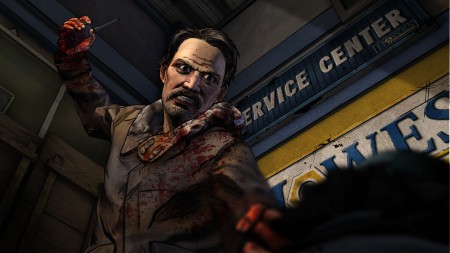 It’s the third episode. It would be incredibly silly to just stop now. You’ve seen how episode two ended. Who doesn’t want to know how the story continues? Even better, the story isn’t rubbish either. It is a narrative that really does rival the writing of the television series.

With some wonky controls here and there, you might get thrown out of the story for a minute or two, but the excellent writing will take care of you, so you can hop right back in.

I am 24 year old whose love for gaming started with my dad showing me games like Wolfstein 3D and Aladdin. As I grew older, so did my interest in games. I would religiously read Dutch game magazines to keep up to date. Initially. What was supposed to stay as something to pass time has grown to having a love for all things gaming related.
@RickRozenberg
Previous Betrayer (PC) Review
Next ‘Master Chief’ Halo collection coming to Xbox One this year