I can already hear the rumor mills churning… 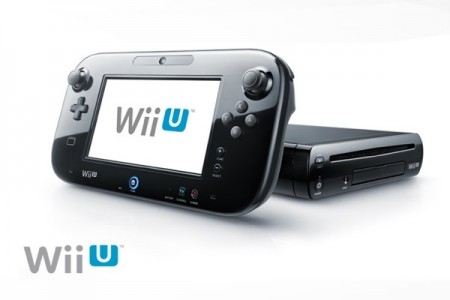 Nintendo, one of the biggest forces in gaming for the last… well, since pretty much the dawn of gaming, will not be hosting a main press conference at this year’s E3 industry convention in June. This is not to say that the company won’t be at the event at all though.

Here’s how it translates: Instead of having their usual Tuesday presentation at the Kodak Theater, Nintendo is planning a series of smaller events with more specific focuses. In a talk with inventors last night, Nintendo president Satoru Iwata described how the company will host one for the Western gaming press as well as a closed event just for distributors.

But what’s to take the place of the big glitzy main press conference at the massive venue with all the multi-colored lighting effects and Reggie, you ask? Well, that’d be a Nintendo Direct video stream. Let that sink in for a second.

Personally, while I can’t say I care for the way they’re made (they always seem a bit awkward to me), I like the Nintendo Direct’s for the simple reason that they disseminate information pretty well. Is one a substitute for a proper E3 briefing on what’s coming? Not to me. Even though I’m sure it’ll get the point across, I think it just plain looks bad for Nintendo to not have a larger E3 presence.

As to specifics on why that won’t be happening, Iwata says that (among other things) it’s a case of having no hardware to show off:

What bothers me is that there have been plenty of E3’s in the past where Nintendo hasn’t had “new hardware” to display- why cancel this year’s presentation for that reason? Is the company that worried that the next Xbox and PS4 will outshine what they have to display as far as software? Are they really worried about the Nintendo faithful being too critical of them?

Iwata also mentions that different groups of people (investors, fans, etc…) want different info from the company and hosting smaller events will be able to cater to each of them specifically. While that’s true, I don’t think there are too many fans out there who really mind sitting through a few minutes of talk about sales figures- as a Nintendo fan myself, I always enjoyed hearing how the company was doing. And that was well before I started writing about any of it.

The bottom line for me is that I have a hard time figuring the cancellation as anything other than a cost saving measure. Not renting out the Kodak Theater (or another comparable venue) will save Nintendo a good deal of cash. Likewise, the venue doesn’t need all the trimmings now and ‘talent’ doesn’t need to be hired. I don’t for a second though, think that having no console to show off (or anything else that Iwata hinted at) is what’s holding back the press conference.

And with that in mind, I start to worry about the financial shape that Nintendo is in. This is just conjecture, but with the Wii U not really performing as hoped and rumors of a fiscal slide happening at the gaming giant, the new approach to E3 might just be more of a necessary change in plans than anything else.

After all, isn’t even a lackluster showing at the biggest event for gaming in the world better than not having a showing at all? We shall see when E3 takes center stage in the gaming world this June 11th through the 13th.

Jason's been knee deep in videogames since he was but a lad. Cutting his teeth on the pixely glory that was the Atari 2600, he's been hack'n'slashing and shoot'em'uping ever since. Mainly an FPS and action guy, Jason enjoys the occasional well crafted title from every genre.
@jason_tas
Previous Poker Night 2 antes up today on Xbox Live
Next Ride to Hell: Route 666 revealed