After nearly 20 years, the “Berserk” manga was finally adapted past the Golden Age arc. The wealth of story content left untouched for years was finally tapped and fans entered into it excited to see how it turned out. Unfortunately, it ended up as one of the messiest and most lackluster anime of the past season, leaving fans and the source material deserving so much better than what they got. 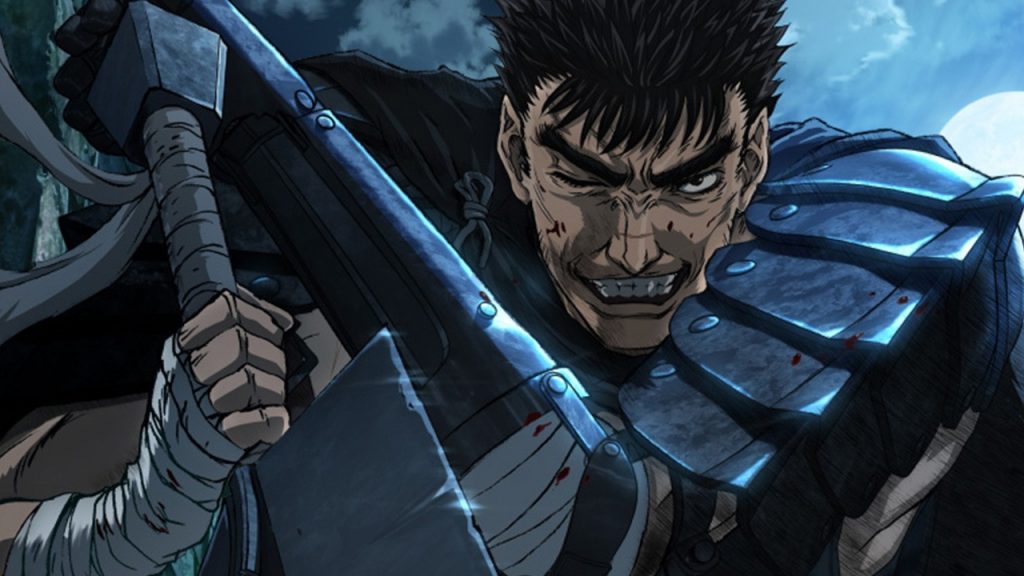 The Struggler marches on

Set directly after the events of the Eclipse, the story follows Guts as he searches for a way to track down and kill Griffith, now a member of the supernatural Godhand. As he travels, he is hunted by ghostly forces and inhuman Apostles, twisted and warped by the demonic power they received at the cost of their humanity. In order to defeat them, he must give up more and more of his own humanity, drifting further and further toward becoming like the monsters he seeks to destroy.

All is not lost however, as Guts also encounters new allies and friends along the way. With their help, he sees a chance at redemption, healing and a life past his struggles and hardships.

Its hard to do Kentaro Miura’s source material justice in just a few paragraphs, but its nuanced approach to a dark fantasy story is what keeps the entire anime afloat. No punches are pulled, with the worst often befalling characters who cross paths with Guts or his party. Innocent merchants are torn to shreds by possessed skeletons, refugees are consumed as sacrifices for rituals and entire towns are slaughtered by mythical monsters. At the center of it all is Guts, who can do nothing more than bear the weight of his mistakes, struggle against these forces and try to protect what little he can hold onto.

The character progression of Guts and his companions is also steady and reliable. Through their interactions, they each grow and change, developing past who they are when they’re introduced. Isidro, a young boy who idolizes Guts as the ideal warrior, learns the weight of another’s life and the drive needed to fight with one’s life to protect them. Farnese, a religious zealot with a black and white view of the world, learns to accept the evil in herself and others, and to determine her own path in life. Guts, meanwhile, is impacted by his party’s presence alone, finding something to protect and a reason not to be drawn into his own hatred.

Unfortunately, two entire arcs of the manga are skipped for the sake of series length, abridged with a new mini arc written by Miura himself. This causes some confusion in terms of the series’ time frame and leads to some odd pacing up to the fourth episode, but otherwise doesn’t cause too many lasting issues. 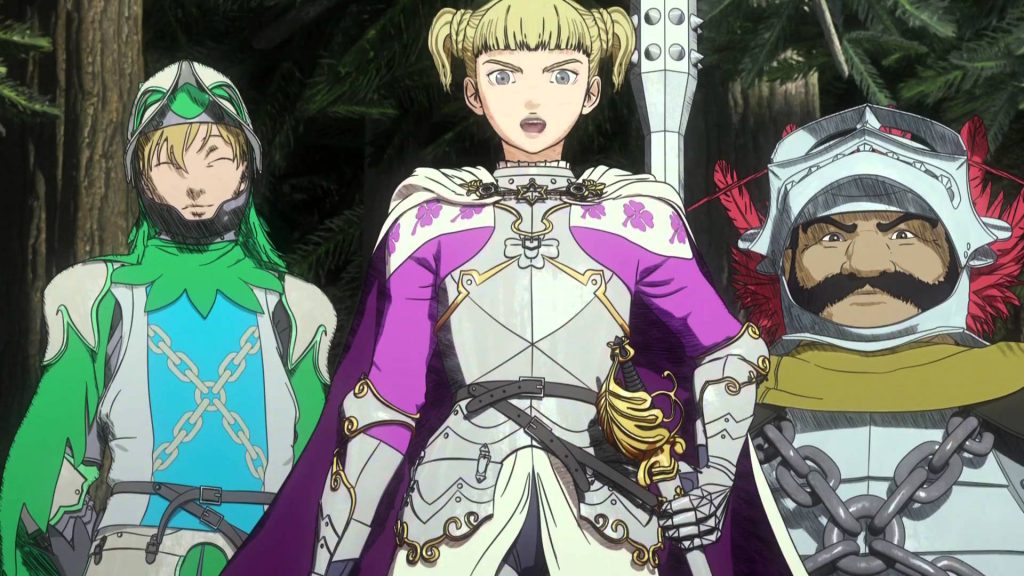 The series’ soundtrack is a good fit, matching the dark tone of the series with harsh strings and intense guitar chords when the action ramps up. In particular, “Hai Yo (Oh Ashes)” by Susumu Hirasawa captures the emotion of the series perfectly, mixing a forbidding melody with a rousing chorus to great effect. If anything, there just needed to be a few more tracks. By the end, some of the themes become repetitive after being used over and over again, especially considering the series is only 24 episodes.

Both the openings and endings for the series are strong, but not very impactful. Both the openings use heavy metal tracks while both endings stick to somber female vocals. They all serve their purpose, but won’t keep viewers from skipping to the main episode for long.

Voice acting is also strong, lending emotion to characters and their development. particular kudos goes to Guts’ voice actor Hiroaki Iwanaga, who truly grows into his role as the series goes on. Aside from a few fumbled deliveries in the first few episodes, he captures the haunted tones of Guts brilliantly, providing him with a believable and engrossing voice in most every scene.

Where the series falls apart is the animation. As opposed to a standard 2D design, the series’ production studio GEMBA went with a 3D modeling version which cuts to 2D the closer the camera pans to characters. It’s a novel idea that, unfortunately, was handled terribly. 3D character models are at best static and sloppy, robbing many characters of their expressions and emotions. Key scenes at the height of their climax felt boring due to characters with unchanging eyes and poorly synced mouths. Action scenes are passable, but lack the motion and impact which could have made them exciting. 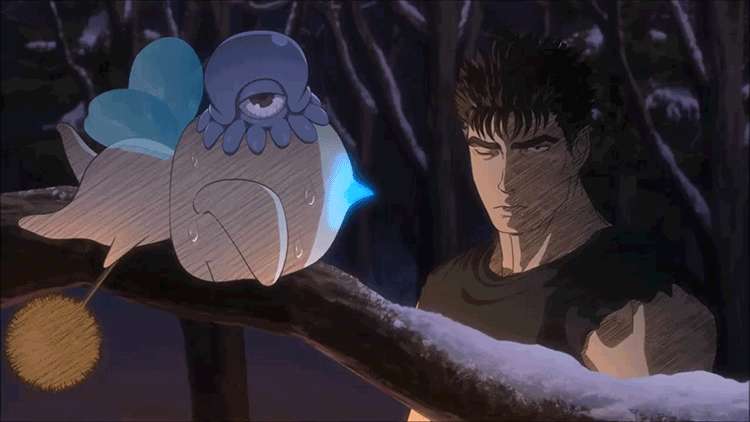 And that’s when it’s at its best. At its worst, the anime looks like an animation student’s first foray into a design program. Character models wobble on screen like they were being rotated by a mouse. Incorrect layers are given motion effects and pulse unnaturally while the object that should move remains still. Camera angles that distort the flow of movement and take viewers out of the experience are used frequently. It’s some of the worst animation possible, and worst of all, it pops up even at the crucial moments of the story when most studios would go all out. It singlehandedly brings down the entire experience, and leaves fans with the bitter taste in their mouths that this is what they waited so long for.

“Berserk 2016/2017” isn’t unwatchable, but it is unfortunate. It gives fans what they’ve waited and wanted for over the past two decades, but only in the most minimal way possible. They and the series itself deserved far better than this, and hopefully this doesn’t scare new fans away from the source material.

A gift from the devil

"Berserk 2016/2017" is a double edged gift, giving fans what they've wanted for years in the worst possible way.

Keenan McCall is a journalist and writer with a passion for animation. From video games to anime, anything that sets art in motion will get him talking and writing nonstop.
Previous Nintendo Download: Expand your adventures in Hyrule
Next SDCC 2017: Miles Morales Spidey added to Mezco’s list of Summer exclusives