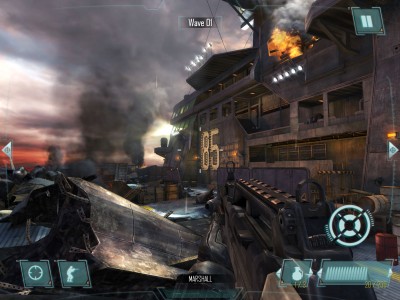 Strike Team, if you haven’t played it, is actually a pretty sharp title and one of Apple’s picks for the best of 2013. No, we’re not talking an epic experience along the lines of Ghosts here, but Strike Team more than holds its own against the ranks of the mobile shooters on the market and even dedicated handheld games on consoles like the 3DS and PS Vita. It’s unique for a Call of Duty title too in that you command a squad of soldiers, so even if the CoD franchise hasn’t been a favorite of yours, you might dig what Strike team has to offer.

As for what’s new, it’s pretty major stuff. In fact, if you haven’t booted up your copy in a while (it was first released in August), you might want to get back into things.

Jason's been knee deep in videogames since he was but a lad. Cutting his teeth on the pixely glory that was the Atari 2600, he's been hack'n'slashing and shoot'em'uping ever since. Mainly an FPS and action guy, Jason enjoys the occasional well crafted title from every genre.
@jason_tas
Previous By Kingdom Come, Deliverance is a realistic medieval action/RPG
Next Deals: Warner Bros iOS titles on sale for .99